opentalk 9 Therapy 9 Sociopath vs Psychopath: What is the Difference?

Sociopath vs Psychopath: What is the Difference?

Do you know what is the difference between a sociopath and a psychopath? These two individuals have quite a few different characteristics and it can be difficult to spot the line between them. One of the most important things that a person should know when they are concerned with this topic is that not all of these people that fit into this classification are truly sociopathic. Although many would classify them as such, there are some that might actually be classified as being antisocial. Knowing the difference between these two personality types can help you determine whether or not a relationship with one of these individuals would be worth your time.

A sociopath is an individual that has a completely distorted view of the world. They view everything through a distorted lens, often times seeing things in a negative light. When an individual has a sociopathic character it means that they have a distorted view of the world, and this character does not feel that they are subject to any rules or laws. When an individual has a sociopathic character it is almost impossible to get them to see things from a positive perspective, so even if they do want to make a change in their life they will find that things usually never change. The only way that a sociopath could see things changing is if they were to do something drastic that would cause drastic changes in their life.

Sociopaths usually live life at a pace where they can do as they pleased and do whatever they want without any consequences. They have no cares in the world because they do not acknowledge the rights of other people or the importance of personal responsibility. They usually don’t care what other people think of them because they believe that everyone else is only interested in material things. They don’t feel the need to build relationships or maintain relationships with other people, and they don’t care about their reputation. A person who is a sociopath often does not have very many friends or close connections, and rarely socialize.

How is someone diagnosed as a sociopath?

It is difficult to treat such personalities because these individuals tend to have difficulty controlling their behavior, and this can lead to violent or criminal acts.

In order to properly treat a person suffering from sociopath, an in-depth understanding of this mental disorder is required. If a family member, friend, or loved one is showing signs of this mental health issue, then you should consult an family therapy professional. Usually, family members and close friends of these individuals have had their own share of experience dealing with similar situations. Thus, they are in a better position to understand how this disorder affects a person’s thoughts, feelings, and behaviors. In fact, many professionals who specialize in this field are known to be more sensitive to the needs of these individuals. This sensitivity allows them to provide compassionate, effective treatment.

How Can You Deal With A Sociopath In Your Life?

The first thing you need to do is recognize that you may have an issue with sociopath in your life. Many of the characteristics of sociopaths are similar to those of normal personalities. You may be a victim of this type of behavior at some point in your life but now is the time to deal with it.

The best way to deal with this condition is to deal with it yourself. There is no reason to go through life acting like a robot. You may be missing out on a lot of good things that may come your way if you keep doing the same things you always have done. While there is nothing wrong with trying to live your life this way, you will not grow as much as you could if you continue to act like you are someone else. Be willing to seek help from a professional who can help you deal with your feelings and the behaviors of a sociopath.

You should make some serious changes and begin learning how to deal with people who have personality disorders. You may find that these people are actually quite nice once they get to know you and get to know how you respond to them. If they seem like they are not all that bad, you should begin to develop a friendship with them.

The question of what is the difference between a sociopath and a psychopath? In order to be considered a sociopath, you must display several traits which are completely different from a psychopath. Sociopaths lack conscience and don’t care about other people at all. A psychopathic person on the other hand is only concerned with themselves and what is in their best interest at the expense of others. There is a huge difference between the two characters, and understanding that the difference can help you determine whether you should be dealing with a particular person.

There are many forms of online therapy that can help people with these disorders. One such therapy is Cognitive Behavioral Therapy. Cognitive behavioral therapy treats a patient by confronting them with the things that make them suffer, and then helping them to change their behavior through the use of different methods. This therapy can be done alone, with the help of a therapist, or it can be done with the use of an online therapist. Either way, if you think that a person may have a disorder, it is wise to see a professional before trying to treat them with psychopathy or any other form of treatment.

If you have ever met someone who has been involved in the criminal life, you probably know that the most common characteristic that these people share is that they have no social skills whatsoever. A psychopathic individual has no concern for anyone or anything outside of themselves. A Sociopath, on the other hand, will care about what other people think of them and what the opinion of other people says. If the person in question can’t hold their own in a social situation, then they will look for ways to hurt that person. However, the Sociopath will never, ever try to hurt another person simply because they feel that it is better for them to do so.

← Prev: What is a personality disorder? What Is Stonewalling in a Relationship? →

Why Should I Go to Therapy?

There are many people that often wonder "Should I Go to Therapy?" It is hard to find the right answer for this... 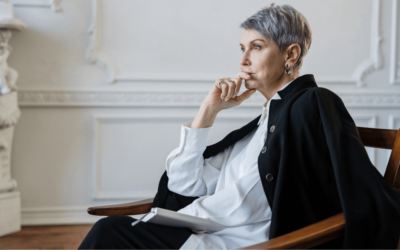 How Do I Find a Good Therapist Near Me?

Finding a therapist is very important because therapy can help you deal with both psychological and emotional... 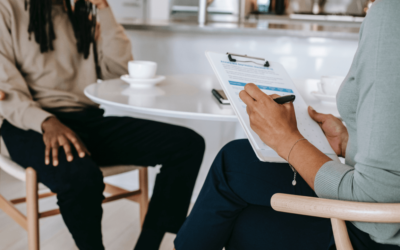 How To Become a Therapist?

A therapist is usually a licensed psychotherapist with a master's or doctoral degree in counseling and psychology....